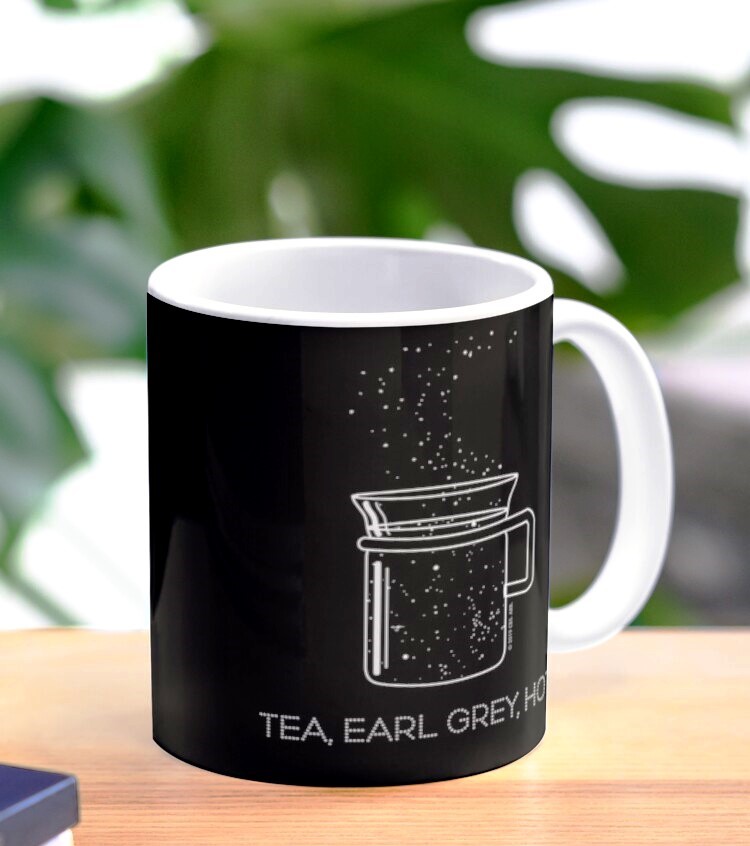 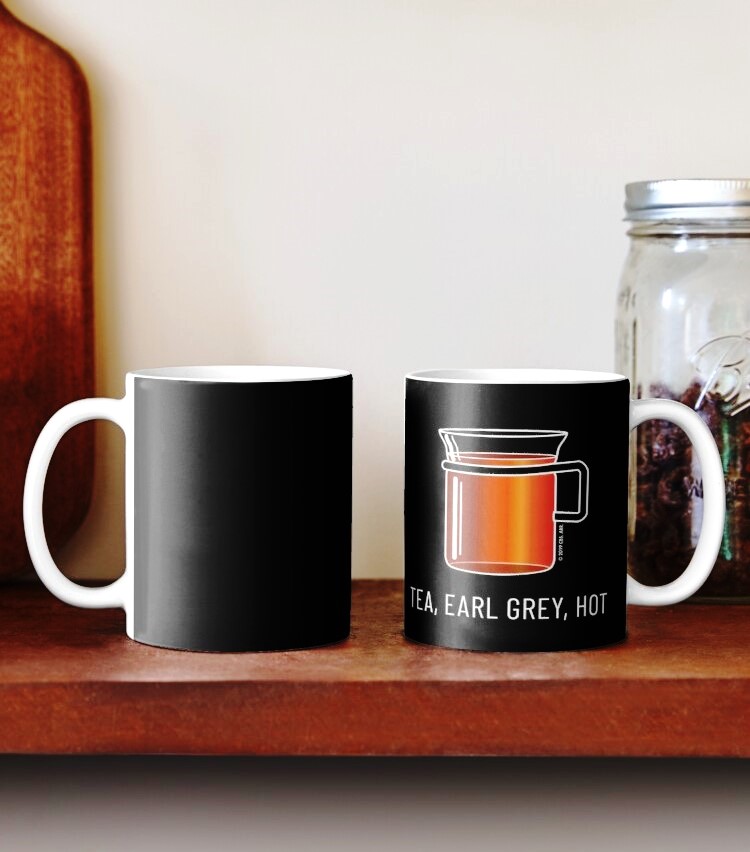 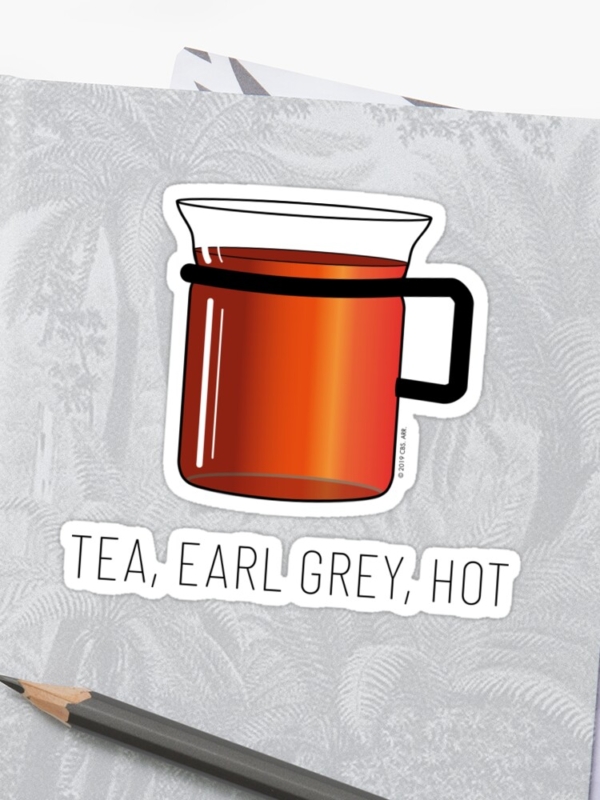 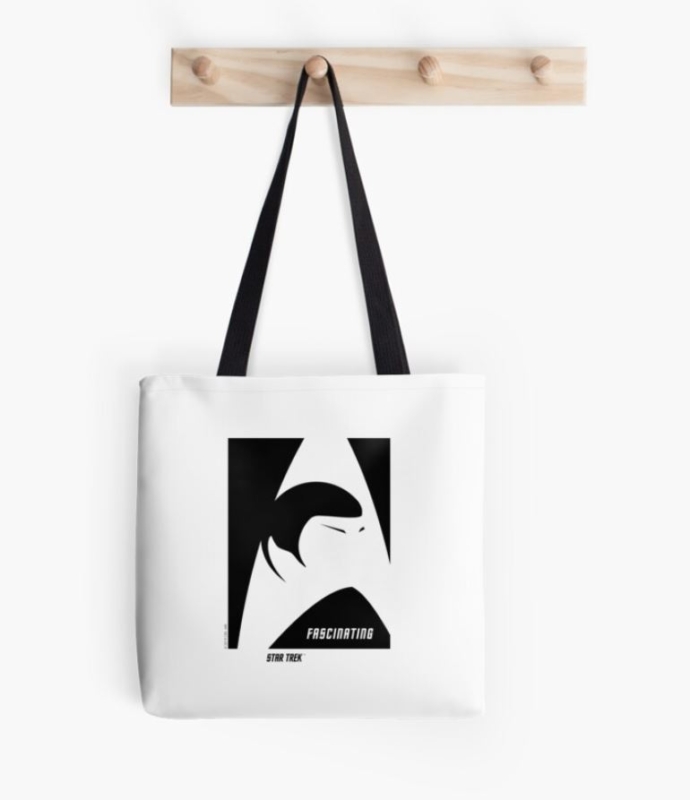 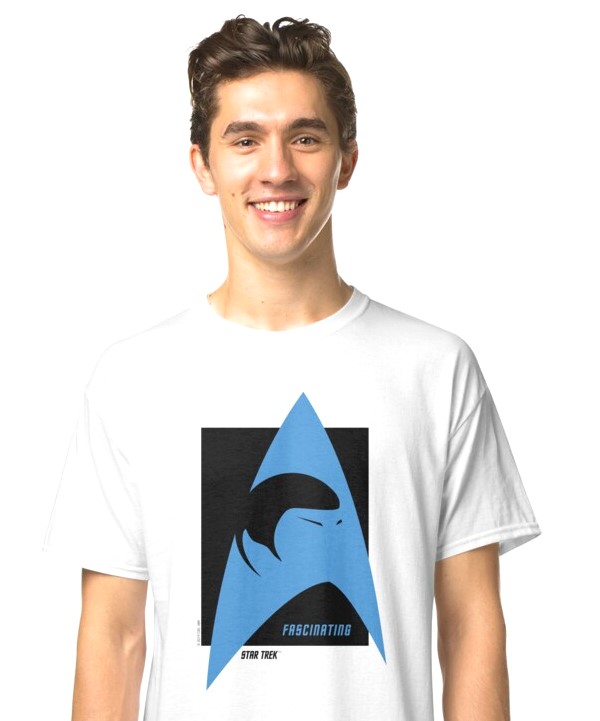 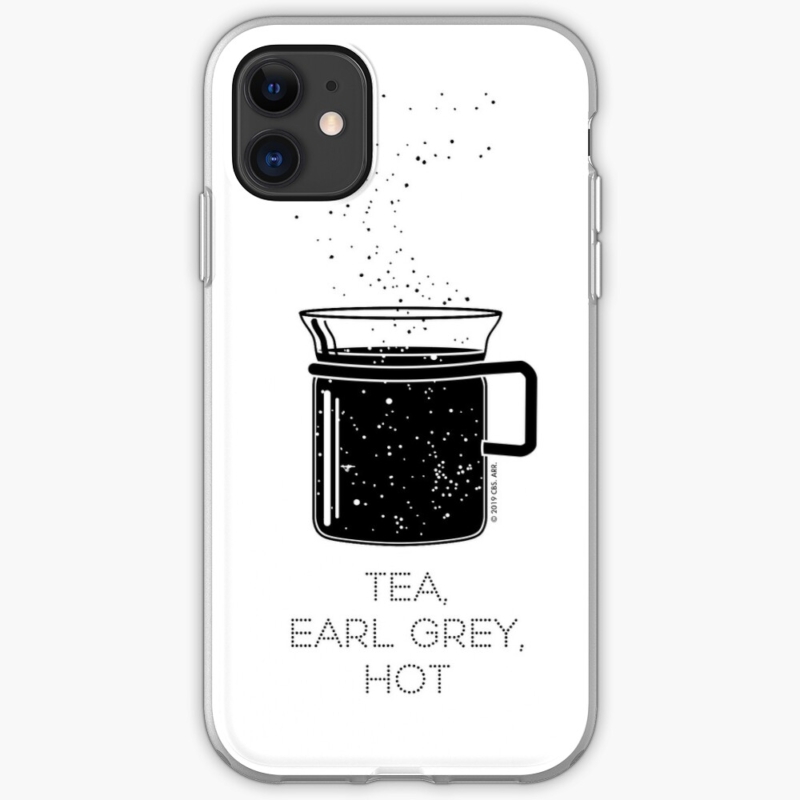 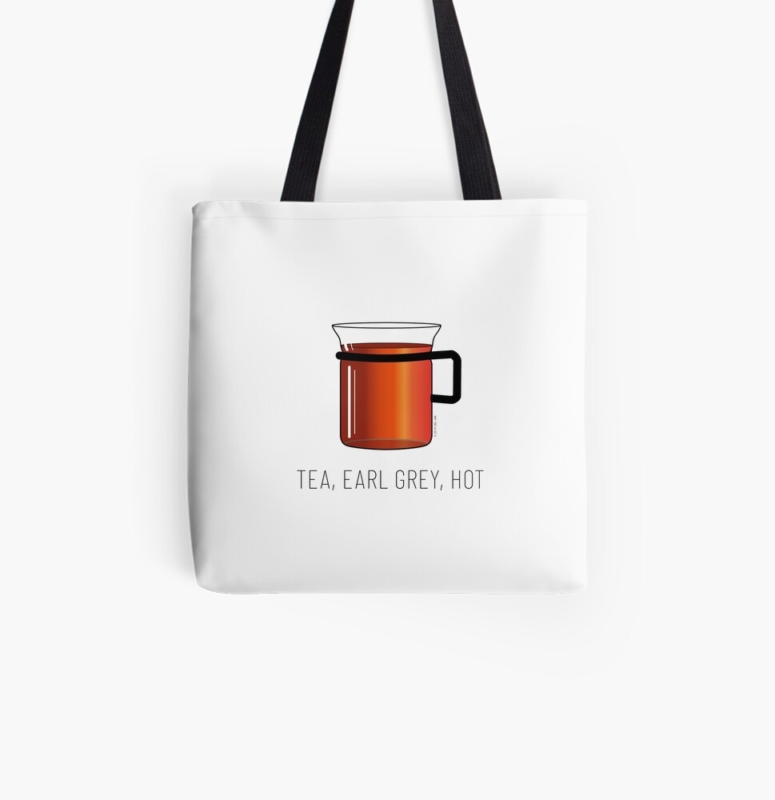 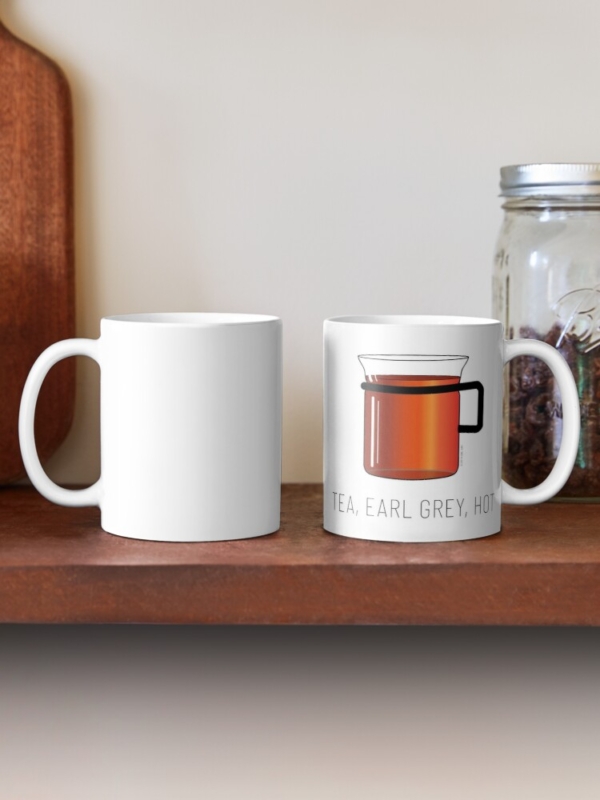 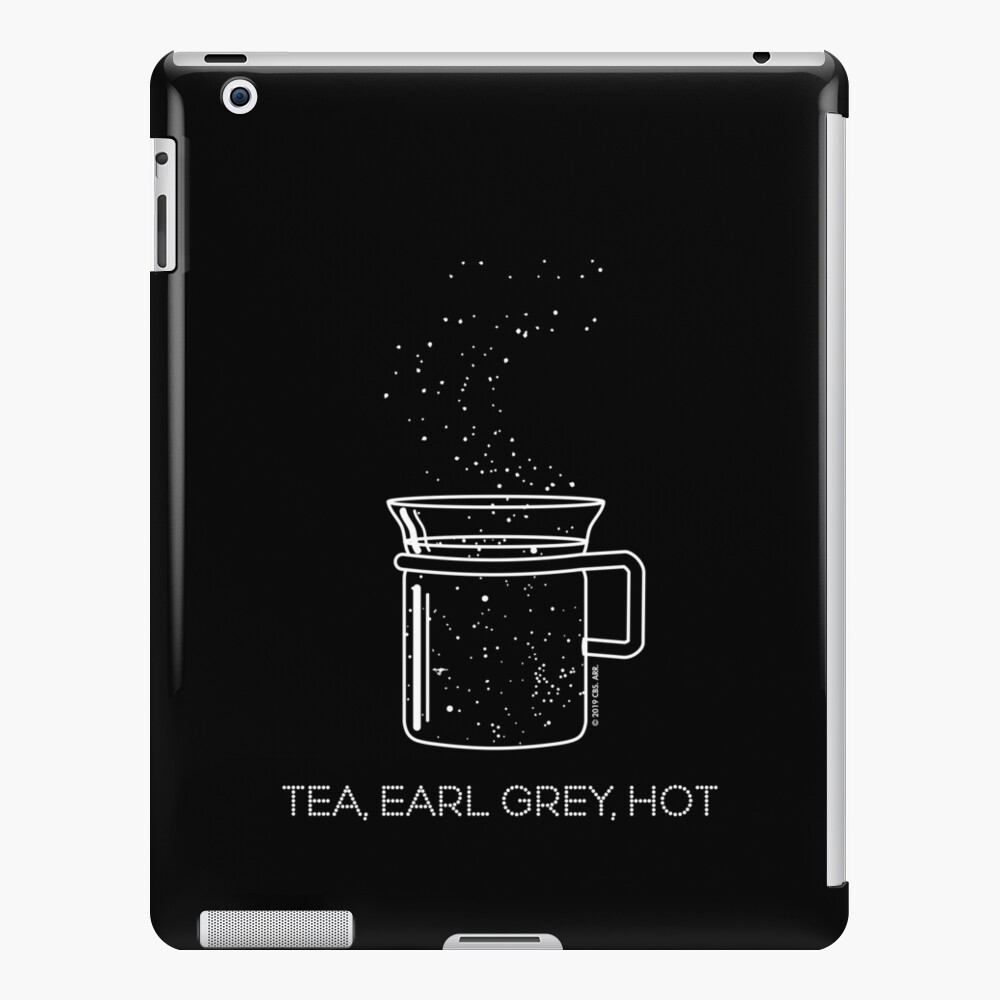 Two main artworks with variations, officially licensed by CBS and sold by Redbubble.

Tea, Earl Grey, Hot – Captain Picard’s favourite drink – which also happens to be Katarina’s favourite drink. “When I grew up in the 80’s and 90’s we always had tea in the Bodum glass cups. Years later I finally watched Star Trek TNG for the first time. Imagine my surprise when I saw Picard drink from the same cup, and drinking tea, and Earl Grey at that!”